I'd heard of web 2.0 before, but that was really it. I did not pay much attention to the term.
Now I know that web 2.0 describes the shift in the web from text based, consumer content to multimedia based, interactive/collaborative content. 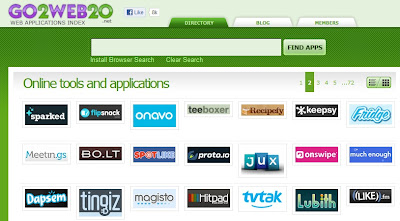 I think two things are responsible for the shift to 2.0 - computer capabilities and the ubiquitous world wide web. When I first got the internet and had to suffer through all the electronic screeches and howls of the modem connecting I would curse a website that included a picture. It would triple to octuple the load time! Now that modem speeds are approaching c and computers can process things even faster the shift to 2.0 makes sense. It's almost impossible to find a site without an image now.
The fact that the internet is pretty much everywhere, even on our phones, in addition to improved computer capabilities makes collaboration possible. In my lifetime I started with only opening one window at a time and had a click-and-wait mentality. If I went too fast or opened too much I was just asking for a crash. (Mind you I've never owned a Mac, perhaps I'd have a different perspective if I had.) Now, I can have seven tabs open in my browser, have desktop gadgets and skype running in the background and still be working on a document that 10 other people are editing simultaneously. The web has come a long way.
I don't think I can do justice to just how pervasive web 2.0 is. Luckily there are many other sites that have attempted to do just that. Go 2 web 2.0 is just one example. The screen shot I've provided shows just a fraction of one of the seventy-two pages of web 2.0 applications the site links to!
Flickr, Google Docs, Facebook and Twitter are all major 2.0 applications I use on a regular basis.
Web 2.0 Info and Resources
Looking at web 2.0 with web 2.0
Posted by Unknown at 16:51